Updated December 2022: Stop getting error messages and slow down your system with our optimization tool. Get it now at this link

This Insider update also includes Xbox Game Bar updates, adds the ability to reset your PC from the cloud, and other improvements, features and fixes.

If you’re a Windows Insider in the Fast ring, you can update to the Windows 10 Insider Preview Build 18990 by going to Settings -> Update & Security -> Windows Update and checking for new updates.

UWP applications that have been started, such as Feedback Hub, must be restarted minimized with a button on the taskbar.

Improvements to the Windows Subsystem for Linux (WSL)

For more details on the changes made to this new version of the Insider Preview Build, please refer to the WSL Release Notes.

Other updates for Insiders

If you haven’t seen it yet, we’ll start with the introduction of an FPS counter and achievement overlay! Thank you to all those who provided us with their comments. The update will be done via the Microsoft Store. Focus on your favorite game and press WIN + G to start. 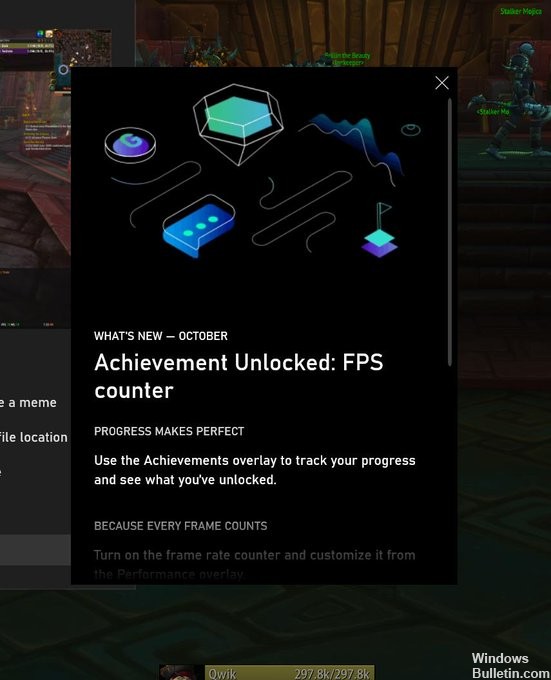 NOTE: You may need to be joined to receive Game Bar updates via the Xbox Insider Hub application (under Insider Content) in the Microsoft Store to view this update.

Resetting the PC from the Cloud

At the beginning of the day, during our Windows Insider webcast, we had the deployment team as guests to talk about the new 20H1 feature that allows you to reset your PC via the cloud. For more information, please see the article by Aaron Lower, Program Manager. You can also watch the video on demand of today’s webcast by visiting our mixer channel!